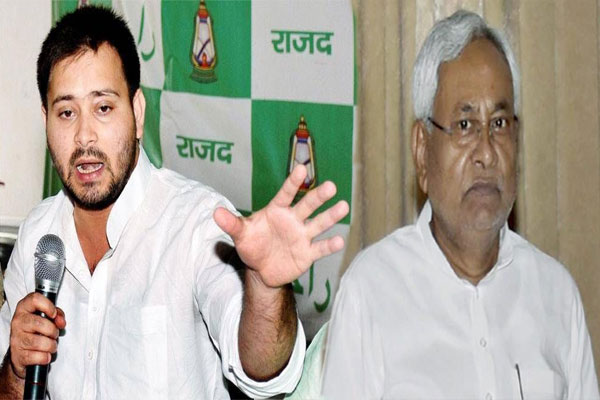 While other state governments, including Gujarat, Uttar Pradesh, have shown concern for their residents and have made arrangements to take the stranded people out of the state to their homes, the Bihar government has left the stranded people in the middle of the lurch. In the midst of a nationwide lock-down, the Gujarat government arranged to bring 1800 people from Haridwar in 28 luxury buses back to their state. The Uttar Pradesh government took many trips of 200 buses to transport their people trapped in Delhi NCR to their homes,UP goverment also arranged 250 buses to bring back 7500 children from Rajasthan’s Kota. Thousands of passengers stranded in Varanasi were sent by buses to many states.

There is a huge ambiguity in the approach of the Bihar government in dealing with this disaster. Today they say anything and tomorrow they do something else. For example, when the Bihari workers from Delhi NCR started coming back with the help of UP, you said that they will not let them enter Bihar. When the students came from Kota, you did not allow them to enter Bihar and on the contrary. How can a government treat its people like intruders?

There are two deaths reported till this time in Bihar

When the government allowed those people to enter in the state. In case of no help from the government, now the laborers are being forced to commit suicide. This is a very serious issue. As you may know, in the last three days, three immigrant laborers of Bihar have died. One died in Hyderabad and two youths in Amritsar in Punjab and Gurgaon in Haryana yesterday. These people had fallen prey to mental depression due to loosing their jobs, they are not eating a single bite of food, not going back home and being abandoned by the government. Nothing better misfortune than this that their poor family could not even see the last of those dead persons and at the last time they should not have any luck in the soil of the birthplace.

In this battle of corona epidemic from the beginning, we are standing with the government and helping in every way possible to prevent it. I am requesting you again that you should reconsider and make arrangements to bring all the interested migrant Biharis and students who are stucked in different parts of the country to Bihar safely and with respect. All trains are empty. You have also been the railway minister, use that experience. By following social distance and other public safety instructions, these people can be brought back from these trains very easily. Health check-up, test and quarantine must be done on arrival here.

If Gujarat, UP government and any BJP MP can expel his people, then why not Bihar? Ask for equality in following the guidelines of the Central government. If there is a double attitude with Bihar, then show strong opposition. Whole Bihar is with you.

After all, how long will the Biharis continue to be such a victim? In this difficult time, following all the measures related to health safety, please make proper arrangements to bring all the people who are trapped outside, to Bihar as soon as possible.

Ministry of Home Affairs says Zoom is not secure for Anyone